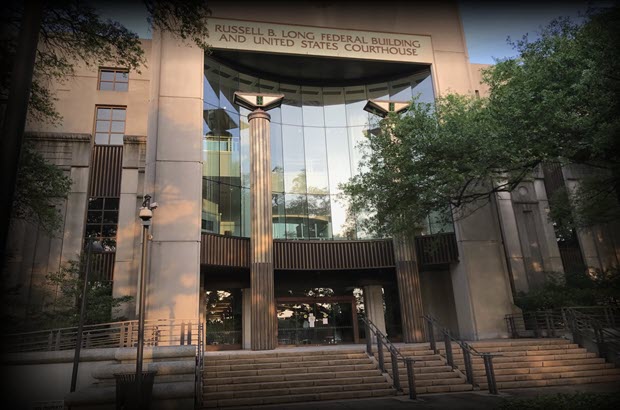 According to admissions made as part of his guilty plea, Brown was a member of a drug trafficking organization based in Baton Rouge, engaged in distribution of various drugs, including manufacturing counterfeit controlled substance pharmaceutical pills.

Between October 19, 2016, and January 11, 2017, Brown distributed hundreds of counterfeit pills bearing the identifying mark and imprint of oxycodone in exchange for a total of $14,500. The counterfeit pills were submitted to the DEA Laboratory for chemical analysis and actually contained heroin and furanyl fentanyl. On June 29, 2017, law enforcement executed a search warrant at Brown’s apartment in Baton Rouge and recovered seven firearms, ammunition, ballistics vests, and drugs. Law enforcement officers recovered thousands of pills in Brown’s bedroom, which the DEA Lab found to contain methamphetamine.

U.S. Attorney Fremin stated, “This is yet another step in reaching our office’s goal of reducing crime and aggressively enforcing federal law. I applaud the excellent work of our prosecutors along with DEA and ATF.”

“The successful prosecution and sentencing of this member of a major local drug trafficking organization should be a warning to others who engage in this type of activity,” stated DEA Assistant Special Agent in Charge Michael R. Sader. “This case highlights the impact multiple agencies can have when they join forces. We will continue to work together and pursue those who threaten our communities through the smuggling and distribution of illegal and dangerous drugs and bring them to justice.”

This OCDETF operation is being handled by the U.S. Attorney’s Office for the Middle District of Louisiana; the Baton Rouge District Office of the Drug Enforcement Administration; and the Baton Rouge Field Office of the Bureau of Alcohol, Tobacco, Firearms & Explosives. This matter is being prosecuted by Assistant United States Attorney Jennifer Kleinpeter, who also serves as a deputy criminal chief, and Assistant United States Attorney Demetrius D. Sumner.